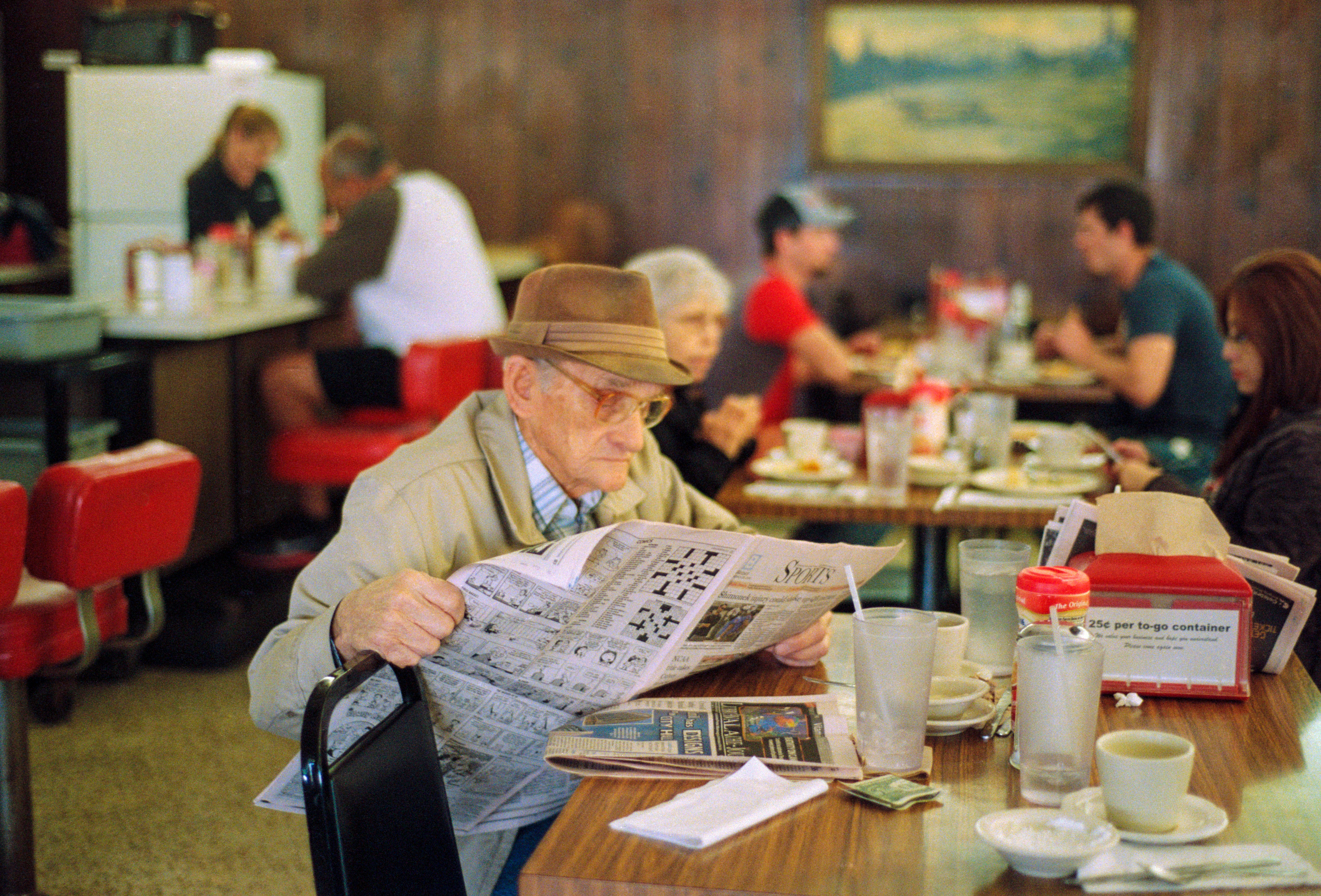 This charming little eatery in Knightstown, Indiana, is brimming with retro Americana—even though this image was captured in 2015. Everything from the pattern on the chair to the right, to the 1990s-style ceiling fan, to the mini American flags on the counter provides a refreshing portrait of a place not compelled to constantly modernize.

Nothing about this photo makes it at all obvious that it was taken in 2014. The modest Sun Valley, California home, vintage Chrysler, and bright pastel coloring seem right out of the mid-20th century. Even the red SOLO cup, which may seem like a “modern” product, dates all the way back to 1976. For some more vintage vehicles, check out what these popular car brands looked like 50 years ago!

Located in Ely, Nevada, this nearly-empty train station is a far cry from the rushed, packed, metallic hubs of today. And the multi-colored train cars, with their stately rows of windows, look like something out of a children’s toy set rather than something you’d actually see on a track—certainly one in 2015. To be fair, you can see the words “Visitor Center” in the sign in the background, so this may be a museum rather than a functioning train station. But it’s still a fascinating glimpse at what this romanticized, classic American form of travel used to look like.