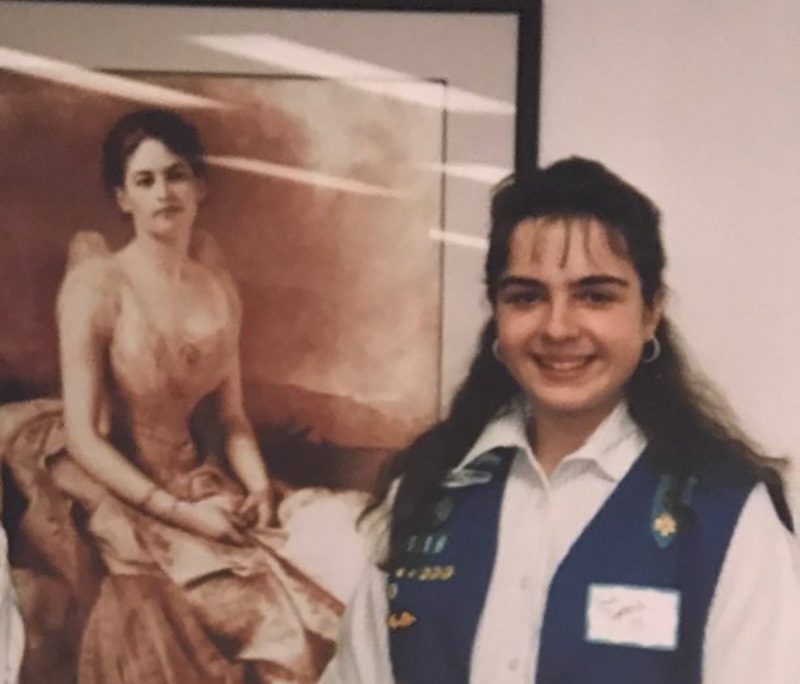 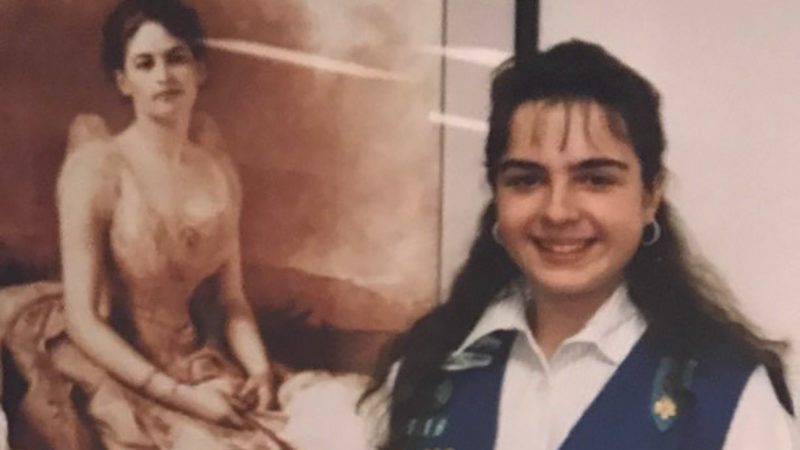 Girl Scouts gave me a way to always feel at home, no matter where I moved.

My dad is retired from the Air Force and, thankfully, I only had to move twice while growing up. Most of my friends were moving every year or 18 months, but with what he did, we didn’t have to move as much.

I was born in Nebraska, but my first Girl Scouts troop in first and second grade was the Dakota Horizons in North Dakota. We then moved to Utah when I was in third grade, and I was in Girl Scouts of Utah from third grade until I graduated from the 12th grade in 1999.

When I got to Utah, I was the new kid in school, as we moved in January, about halfway through the school year. I wasn’t the same religion as most of the other kids, so making friends was hard as I wasn’t in their church circles. I don’t remember how long after we moved that my mom reached out to the local Girl Scouts council and found me a troop.

I remember that the girls in the troop welcomed me with open arms. They all went to my elementary school, so it was nice to have friends to eat lunch and play with on the playground. My mom ended up becoming the leader of that troop, too (that’s me pictured with my sister and mom)! Girl Scouts was that connection to a new place. It was a way for me to make friends and meet people and gave me a sense of home.

I’m still friends with some of the girls from my Girl Scouts troop; I saw some of them at my high school reunion last summer and I’ve attended some of my troop members’ weddings.

After attending college in Utah, I moved to California and eventually got a job working for Angeles Girl Scout Council, which is now Girl Scouts of Greater Los Angeles. Once again, Girl Scouts was my connection to feeling at home in a new place. I learned a lot while in Girl Scouts, including leadership skills and money management strategies, but this has been the most useful skill that I learned: that Girl Scouts are bonded to each other, in part through the Girl Scout Law.

I’ve now been working at Girl Scouts of Greater Los Angeles for almost 16 years, where I am currently a program specialist. I plan and manage a range of events, including some with local professional sports teams, including the Dodgers, Kings, Galaxy, Rams, and the Clippers, others with Los Angeles-based universities including the UCLA, USC, and Cal State Long Beach, and at shopping malls (shown).

I moved out here with no job. I was living with my dad’s cousin and wasn’t really sure if it was going to work or if I was going to stay, but 16 years later, I’m still here—thanks in large part to the Girl Scouts.

I spend Thanksgiving with my co-workers at the Girl Scouts when I can’t go back home, I celebrated birthdays with them, and watched their kids grow up. I’ve learned and grown so much from the co-workers and the troop leaders that I have met through my job. Even as an adult, the Girl Scouts remain that connection and that lifeline for me—they are my extended family. That lesson is priceless!

Next, read on to learn about famous women who were also Girl Scouts.