With humble beginnings to now being available around the globe, this company has grown fast.

Any lovers of Coca-Cola will love these fizzy facts!

Coca-Cola didn’t exactly have cocaine in its original recipe.

Some people are unsure if this was a fact or a myth, but this one is sort of in-between.

Coca-Cola never explicitly put pure cocaine into their drinks, but they did use significant amounts of coca leaf.

The recipe called for five ounces of coca leaf per gallon of syrup.

Each glass of Coca-Cola contained an estimated 9 milligrams of cocaine per glass. For perspective, an average “dose” of cocaine is about 50-75 milligrams.

Either way, it was removed in 1905 entirely.

These days, Coca-Cola uses a cocaine-free coca leaf extract instead.

Coca-Cola is unofficially available in every country in the world. 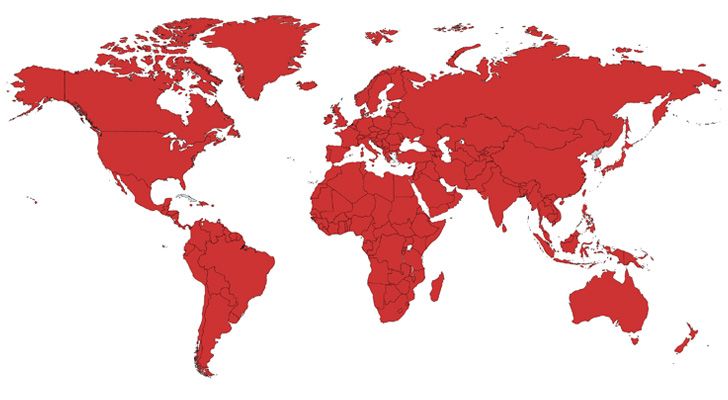 Except for North Korea and Cuba, you can easily find Coca-Cola in every country in the world!

When it comes to those two other countries however, it is reportedly a “grey import” in North Korea and Cuba.

This just means that Coca-Cola is imported from another country without the direct permission of The Coca-Cola Company.

A glass of Coca-Cola stayed at 5 cents for over 70 years. 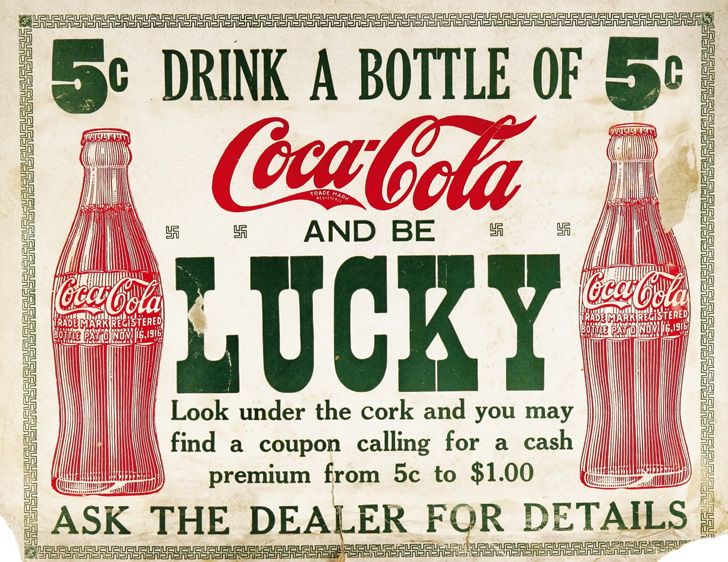 They were able to keep their product at such a low price due to bottling contracts, advertising, vending machines, and a low rate of inflation.

The owner of Coke sold the bottling rights for just one dollar, which they never even collected. This was because Coke thought bottling would never take off, and the contract mistakenly had no expiration date.

As the sustainability for selling a 5 cent glass of Coke became less sustainable, Coke even pleaded to the U.S. Treasury to mint a 7.5 cent coin in place of the 5 cent coin.

They even would purposely leave some of their vending machine slots empty so that patrons would have to put in two nickels to get a Coke.

Once inflation started rising, Coca-Cola phased out their 5 cent advertisements in the early 50’s, and by 1959 the last bottle of 5 cent Coke had been sold.

China is a difficult market to adjust to. When Coca-Cola was ready to import to China, they had to find a name that fit with the majority of dialects and languages spoken there.

Originally, they went with “Kekoukela” which sounds similar phonetically, but in certain dialects, translates to “bite the wax tadpole” or “female horse stuffed with wax.”

After further research, they found a name very similar to their original choice which went over perfectly.

Not many brands translate over quite as smoothly as this Coke translation doe. In China, Coca-Cola is hereon called “Kekoukele” which means “tasty fun.”

The Police don’t actually use Coca-Cola to clean blood from crime scenes. 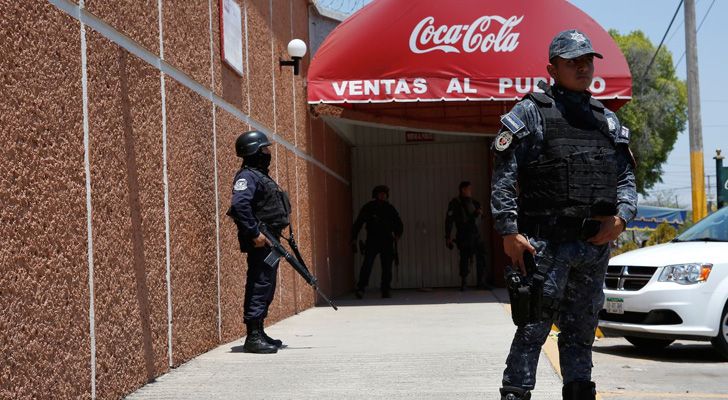 While some think the police carry a couple of two-liters in their trunk, that might just be in case the officers get thirsty.

However, Coca-Cola has indeed been proven to be effective at removing blood stains, and was even tested on the popular show, “Mythbusters”.

There are at least 16 different flavors of Coca-Cola. 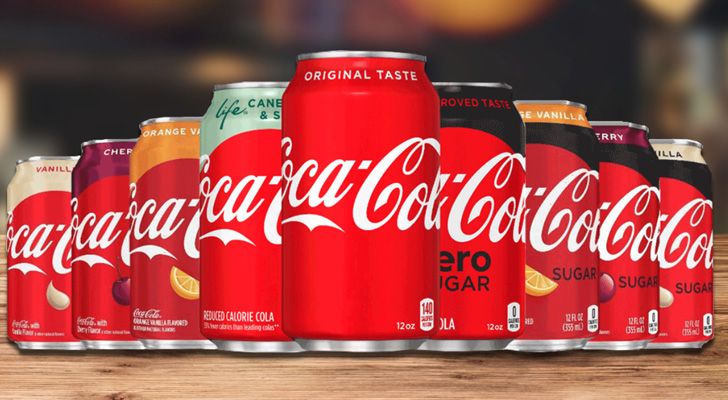 Many of these flavors are also available in Diet or Coke Zero forms.

Not all of the flavors are available worldwide, or even available at all anymore!

Some of the lesser known and not so successful flavors are products such as New Coke, Coca-Cola Orange, and Coca-Cola BlaK which was a coffee flavored version.

Coca-Cola BlaK was short lived with a lifespan from 2006-2008 and it was only available in seven countries.

However, Coca-Cola has mentioned plans to release another coffee related product in the future.

Coke was invented by a pharmacist. 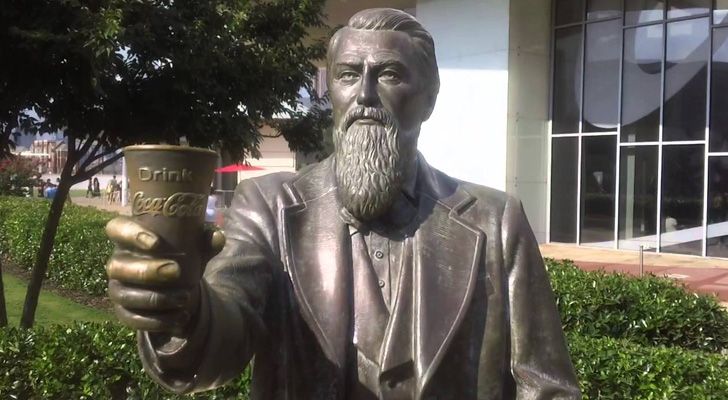 John Pemberton has certainly left behind a legacy. Pemberton was wounded in one of the last Civil War battles, at which point he developed an addiction for morphine while in recovery.

His original invention was an alcoholic beverage called “Pemberton’s French Wine Coca” which was a recipe that mixed coca, kola nut, and damiana.

It was meant to be an alternative pain-killer to morphine.

Wanting to make a more marketable product, Coca-Cola was invented as a way of making a non-alcoholic form of his previously sold wine coca.

As Pemberton was testing different concoctions for his new non-alcoholic medicine, he accidentally blended the base syrup with carbonated water.

It was at this point when Pemberton decided to sell his final product as a fountain drink instead of a medicine.

Coke had a campaign where it filled their cans with gross concoctions. 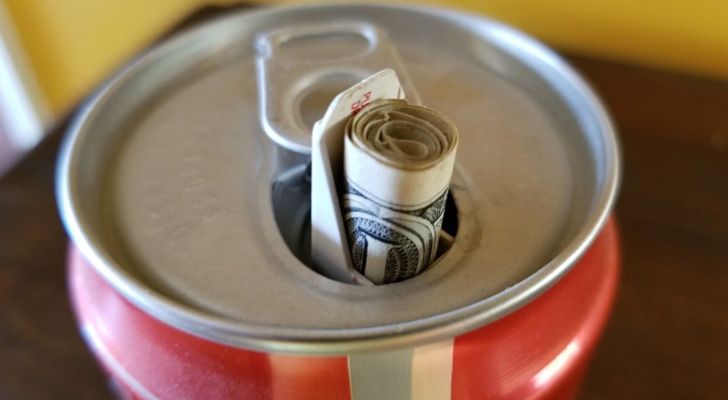 Back in 1990 Coca-Cola released “MagiCans” which gave consumers a chance to win anywhere from $1-$500.

Other cans had coupons redeemable for trips or merchandise. The cans were spring loaded to spit out the prize when opened.

However, the weight of the can had to be disguised so participants couldn’t figure out which cans had a prize and which were just regular Cokes.

The winning cans were filled with a solution of water, chlorine, and ammonium sulfate. It smelled terrible and drinking it was discouraged.

Of course, some people still tried to drink them, but fortunately the solution was harmless for consumption.

Coca-Cola ended the promotion early due to complaints about faulty cans and the negative publicity surrounding them.

Percentage-wise, less than 1% of the cans were faulty, but the publicity was high enough for the campaign to stop.

Coca-Cola made a special “White Coke” for World War II.

Coke wanted fighting soldiers to be able to have a taste of home, so they opened bottling plants near Europe.

However, it could be problematic for a non-American to be seen drinking Coca-Cola because it became synonymous with America.

It was especially an issue in the Soviet Union as it was seen as a symbol of American imperialism.

Marshal Zhukov, a prominent figure of the Soviet Union, was a fan of the soda but didn’t want to be seen consuming it.

He made an appeal to Coca-Cola to make a clear version of the drink which ended up being successful.

A chemist at the Austrian bottling plant removed the coloring from Coke. From then it was bottled in clear glass with a white cap and a red star.

Importing goods into a Soviet occupation zone typically took weeks to be cleared by authorities, however Coca-Cola shipments were never stopped.

Coca-Cola at McDonald’s tastes the best.

Similarly to how Guinness tastes better from Ireland, Coca-Cola on tap at McDonald’s is apparently the best place to get Coke.

There are multiple reasons for this! First of all, Coke syrup is delivered to McDonald’s in stainless steel containers. The steel preserves the syrup better than plastic bags which are what other soda syrups are distributed in.

The syrup is kept circulating through chilled insulated tubes, while the carbonated water is kept between 33 to 38 degrees.

The ratio of chilled Coke syrup to carbonated water is based on how much ice melts in a drink over time, so no worries about your ice watering down your Coke!

On top of all of this, they have one of the best water filtrations systems out there. Pure water means pure Coca-Cola!

The Fallen Astronaut – A Memorial Placed On The Moon In Secret

40 Cat Jokes That Are Totally Purr-Fect